The fall classic of Ben and Luke standing on a summit, in sideways snow, with zero visibility finally came to an end in 2018. We enjoyed seven days of absolutely bluebird skies in the Sierras; thanks Pacific ridge! When Ben saw the forecast he lobbied for us to scrap our southwest plans about 72 hours before departure and put together a few trips. One trip ended up being canceled because of a road closure, but we did two day trips and two one-night backpacks, covering a total of 130+ miles with 31,000'+ of gain; about the same amount we did in 2015.

We started with a nice long day of on-trail strolling at lower elevations (almost all below 11k') to help me acclimate more, camping at the PCT-Virgina Canyon junction, on the beautiful Return Creek. From Return Creek we took the Sierra High Route south over Sky Pilot (or Secret) Pass and all the way back to Gaylor Lakes. This included some very cool cross country sections, like the climb to mine-shaft pass which requires a bit of involved route finding. 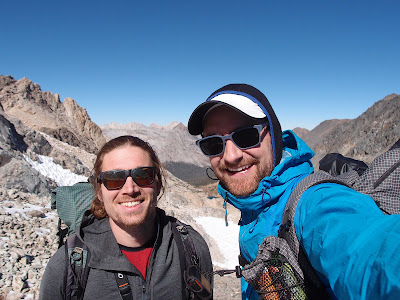 This probably was my favorite trip, mainly because the PCT through here spends a lot of time around 11,000' through stands of foxtail pines, a relative of bristle cones. The Southern Sierra High Route section we did had a few crappy sections, but also an impressive basin of countless lakes. The weirdest section by far was Mt. Whitney: the lower-48's highest Mailbox Peak (totally packed on a random Wednesday in late October...and a quite varied crowd!) 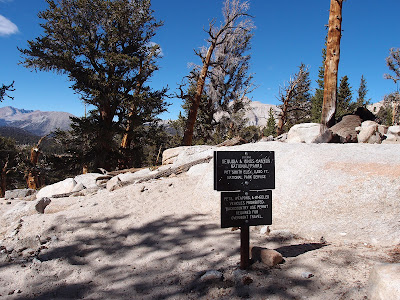 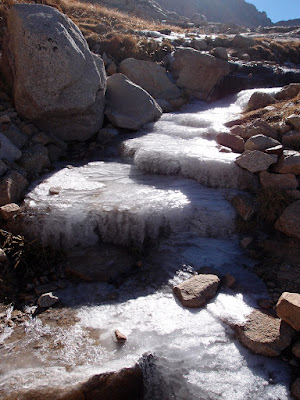 On our last day we elected for a casual on-trail jaunt to some nice touristy spots. They're popular for a reason and it was nice to get some quick miles in before beginning the drive back home.

Posted by LukeD at 8:37 AM 2 comments: Links to this post 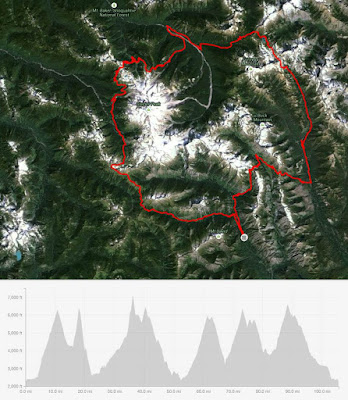